The Prince William Award Programme (PWA) was match funded by Farley Big Local and Skill Force for Farley Junior School and Whipperley infant Academy. A total of 60 local children beneﬁted from this Programme. The PWA developed good character and resilience in the young children. It started in September 2018 and finished July 2019.

Both schools held a performance to showcase their success by completing one academic year of the PWA. At the Community Festival, Whipperley Infant Academy sang a song and Farley Junior School did a short play to celebrate their success. Towards the end of their performance’s medals were awarded to the children by the High Sheriff Meryl Dolling and the Luton Mayor Tahir Malik.

Would you like to know more about the Prince William Awards Programme. Please see below some of the information which was given on the application form by the PWA area manager and head teacher:

What is your idea / solution to fix the problem?
There are many social, economic and emotional barriers preventing young people making the most of the opportunities available. These challenges and barriers can manifest and increase through disengagement with education and poor educational attainment. Children and young people from deprived backgrounds are particularly known to have lower attainment levels and achieve fewer qualifications than their peers. This can directly affect opportunities in later life, e.g. employment, income, health and housing. Services and interventions that tackle this problem early can shrink the attainment gap and significantly improve the life chances of young people.

There is also growing evidence linking life chances to ‘non-cognitive’ skills and traits such as character and resilience. The likelihood of young people reaching positive outcomes is increasingly influenced by personal qualities such as a belief in one’s ability to succeed, perseverance and the ability to bounce back from setbacks; “children who fail to develop positive character traits are less likely to succeed.” These ‘soft’ skills lead to hard results and the development of character and resilience play a vital role in this. As stated in the Department of Education White Paper 2016. “These traits not only open doors to employment and social opportunities but underpin academic success, happiness and wellbeing.”

What is your idea / solution to fix the problem?

The Prince William Award is a partnership with schools and parents, and not a standalone answer to the challenges the children and young people in Farley face. The programme can make a significantly positive impact on their abilities to deal with both the challenges and opportunities they will face in life.

The Prince William Award is designed to provide a context within which children and young people aged 6 – 14 years can explore their own values and guiding principles. In considering the impact of their actions and behaviour on themselves, on others and on the world around them, participants will develop the confidence to think independently and make positive, informed decisions. They will develop the ability to increase their performance at school, pursuing hobbies and interests and ultimately future career and life decisions.

The Prince William Award is a long-term approach to developing good character and resilience in children and young people over the equivalent of an academic year. Two hours per week, with sessions delivered by a Skill Force Instructor supported by a school member of staff.

The programme also engages with the parents of the children and young people through ‘taster’ sessions, so parents have a clearer idea of what their children are undertaking. There are also celebration events as their children reach different points in the programme, and of course at the culmination of the programme. In addition, the social action project is another point for parents to engage with their local community through their children.

The Prince William Award is a measurable programme. We are able to record the children and young people’s progress from their start point to the end of the programme. A selection of data from the pilot programmes is included in the next section.

How will this solution make a difference?

The immediate benefit is to the children and young people engaged in the programme. Across the academic year 2016 / 17 a significant pilot phase was undertaken involving 1,000 children and young people in 42 different cohorts across Key Stages one, two and three. Two independent agencies carried out separate studies on the pilot and the results are directly relatable to any children or young people who engage in the programme in the Farley area. Some of the main points are below from the Chrysalis Research Report;

Pupils improved in various aspects of their personal, social and moral development, e.g.:

I am absolutely delighted with the social and emotional progress that my class have made as a result of completing the Prince William Explorer Award. At the start of the year, the class was challenging behaviour-wise… Since completing the award, I can honestly say that the whole class has been transformed and I am so proud to call them mine.” Class teacher of the participating pupils, primary school

Most of the children developed a greater understanding of teamwork and this was something they brought into their learning in the classroom.” Class teacher of the participating KS1 pupils

Several members of teaching staff have commented on how their children have developed and behaviour has changed. In addition to this, parents have been pleased about the impact of the programme on their children.” Link teacher, primary school

We would love to continue with this in the future but unfortunately we cannot afford it. We have tried to apply for funding from other sources, with no success.” Senior leader, primary school

So, the impact has been wider than just within the sessions. Their ability to problem solve, their ability to work together as well, so I think there’s been a whole range of impacts across the year, and watching the children really grow through that” Headteacher

I have noticed a difference in her behaviour, she’s more determined. She seems a lot more confident. She’s not coming home and moaning so much about what happens in class.” Parent

They’ve learned how to lose. A year ago there would have been a riot.” Teaching assistant

I’m learning concentration skills, memory and listening – I used to talk a lot in class but I don’t any more, I listen. It’s helped with SATS, kept me calm and helped me concentrate.” Year 6 children (girls)

The children and young people in Farley undertaking this award will develop a range of positive character traits including resilience and confidence. These skills will enable them to focus better and improve their abilities to work together. The lack of aspiration is often mentioned around young people. Through the Prince William Award as the children and young people get to know themselves and their capabilities it gives them the skills and confidence to be aspirational about their futures. Their relationships with family will improve as they begin to understand and show compassion, be willing to listen and show empathy. The results of taking part in such a programme are not easily placed in a ‘box’ as they are far-reaching and long term.

The programme can have an effect on how they perceive their surroundings and encourage them to be more positive about what the area has to offer. Community is a big part of the Prince William Award, with a whole term devoted to engaging and supporting their local community. Children and young people will become healthier, both physically and especially mentally. The programme will give them the opportunity to have a positive impact on their surroundings, leading to pride and ownership of their community. Depending on the activity, this could be improving the area to make it safer, more attractive. Alternatively, it could well be improving the lives more directly of perhaps some of the older residents in the area.

It will improve their resilience, their ability to bounce back from setbacks and their ability to put their failures into context and learn from them. They will learn not to fear getting things wrong but appreciate the learning this affords them.

We are currently commencing two other programmes in the Luton area (outside of the Farley area). If the Big Local were to agree to run these additional programmes in the Farley area, Skill Force would be in the position to recruit an additional instructor to work in the Luton / Bedfordshire area. Whilst there is no guarantee that an instructor would be employed from the Farley area, it is possible. We have a strict recruitment process as you can imagine, being an educational charity and whilst we recruit predominately ex-services instructors, we accept applications from civilians too.

To see all the photos from the awards programme click here » 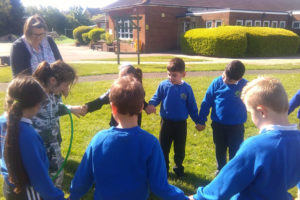 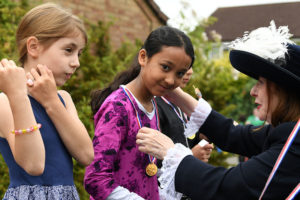 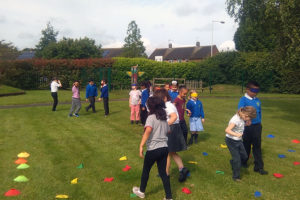 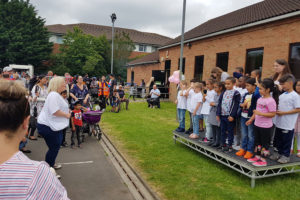